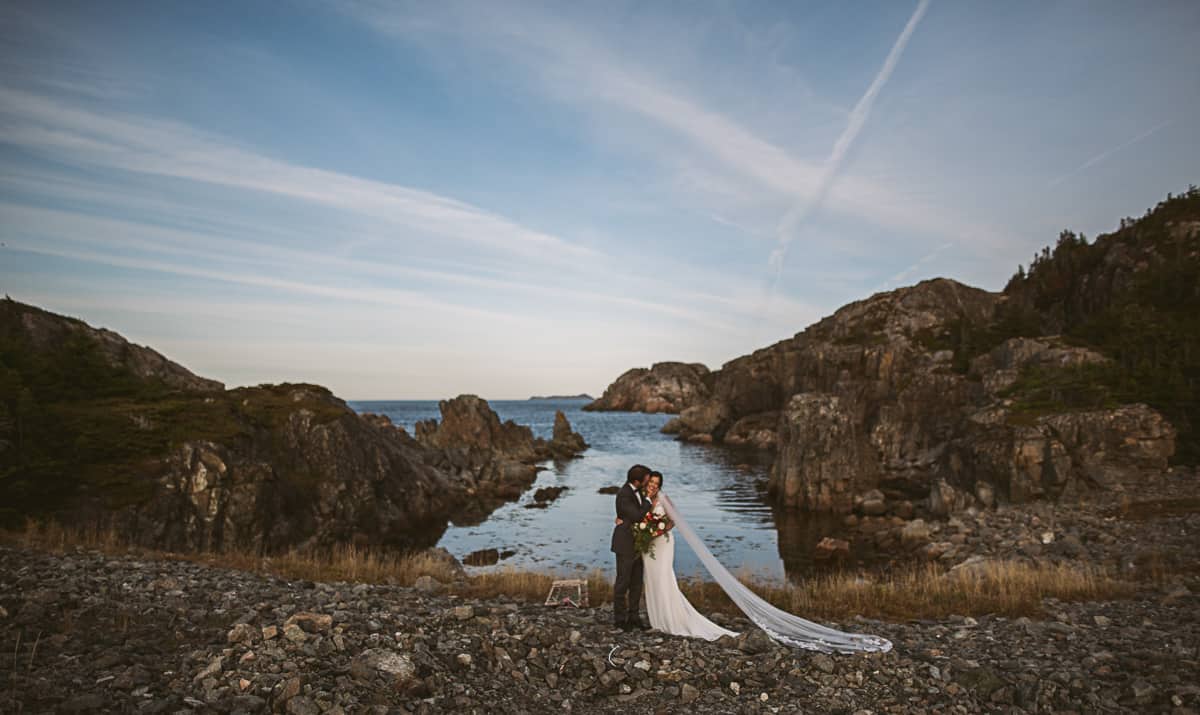 a fun wedding on their parents wharf | Twillingate, Newfoundland and labrador

With the biggest smile on her face, Cecily said ‘this is the best day of my whole life’ as we took in the gorgeous red hills of Little Harbour and picked berries.

Cecily and Dylan met as childhood friends home in Twillingate, and reconnected while both home a friend’s wedding. It was only fitting that they would throw their own wedding back home at the place where they met, reconnected, and started their love story.

Cecily and Dylan did things their own way, merging tradition and modern perfectly.

This wedding was all local and all rural Newfoundland. Dylan and his pals got ready in a cabin in ‘the tickle’ and surprised everyone by arriving to the ceremony in a boat. Cecily and her friends got ready in Cameron House, a historic building known for being owned by Georgina Sterling and carried across the water to its current home. They paid homage to this with beautiful opera music sung by Cecily’s sister Emily during the ceremony as Cecily’s aunt Lorna played piano accompanied by violins. All morning the sounds of the waves and gulls were joined by beautiful music as the musicians practiced for the ceremony.

Married on Cecily’s parents’ wharf, the two were surrounded by their friends, family, and what seemed like the whole community. Dylan and Cecily then took off in their getaway boat and went for a ‘razz’ around the harbour.

We spent the rest of the day exploring Twillingate – an important part of the day was going to the place where Cecily’s parents’ eloped many years ago. We then found the bridal party back at the wharf and trekked down to Lower Little Harbour, a resettled community on the coast of Twillingate island where they picked blueberries and checked out the natural sea arch.

Cecily’s three sisters sang “You’re my Best Friend” as the newlyweds entered their reception and they shared their first dance. It was a beautiful way to start their party. 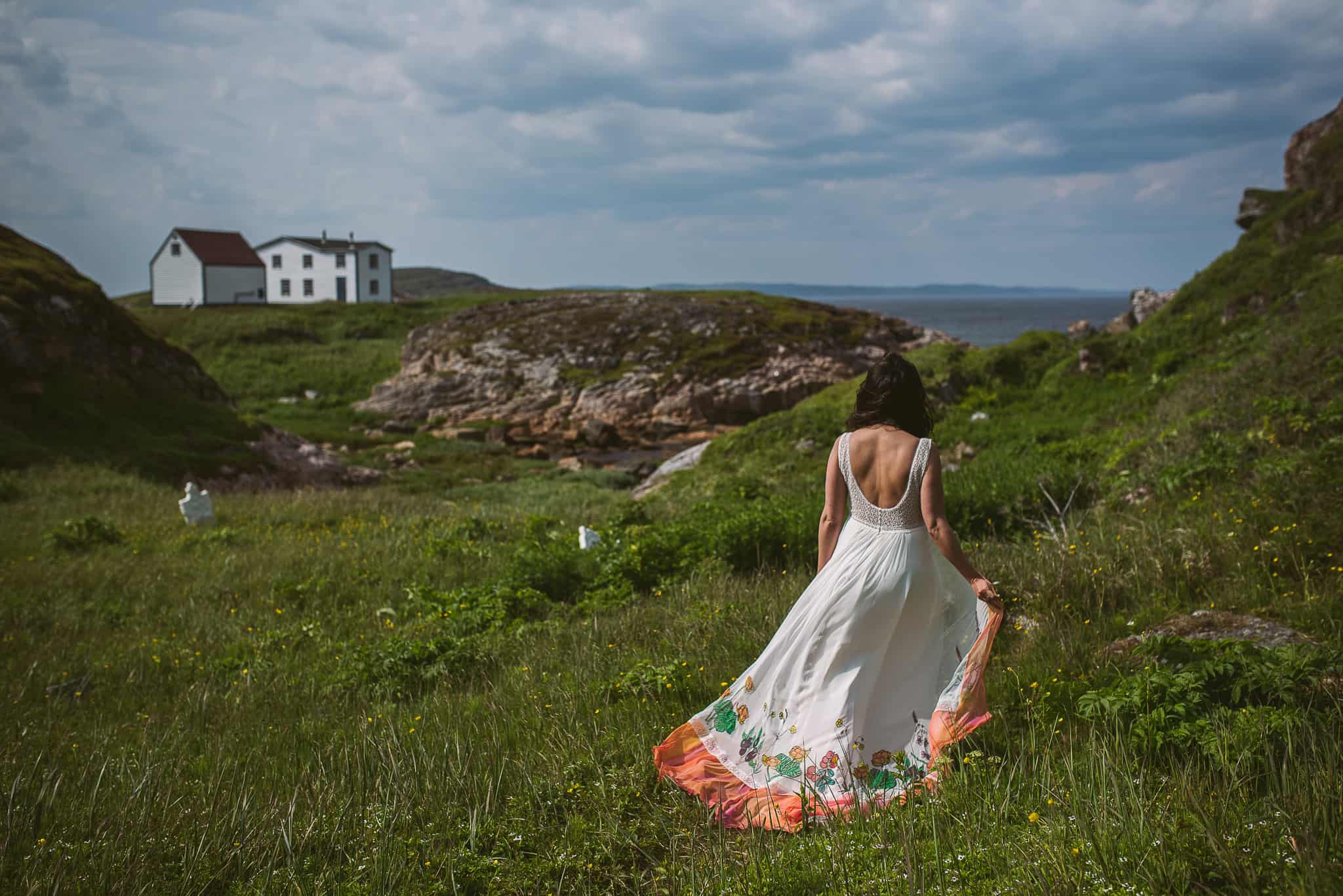 An Epic Elopement on the east coast Trail | St. John's, newfoundland and labrador
Next post